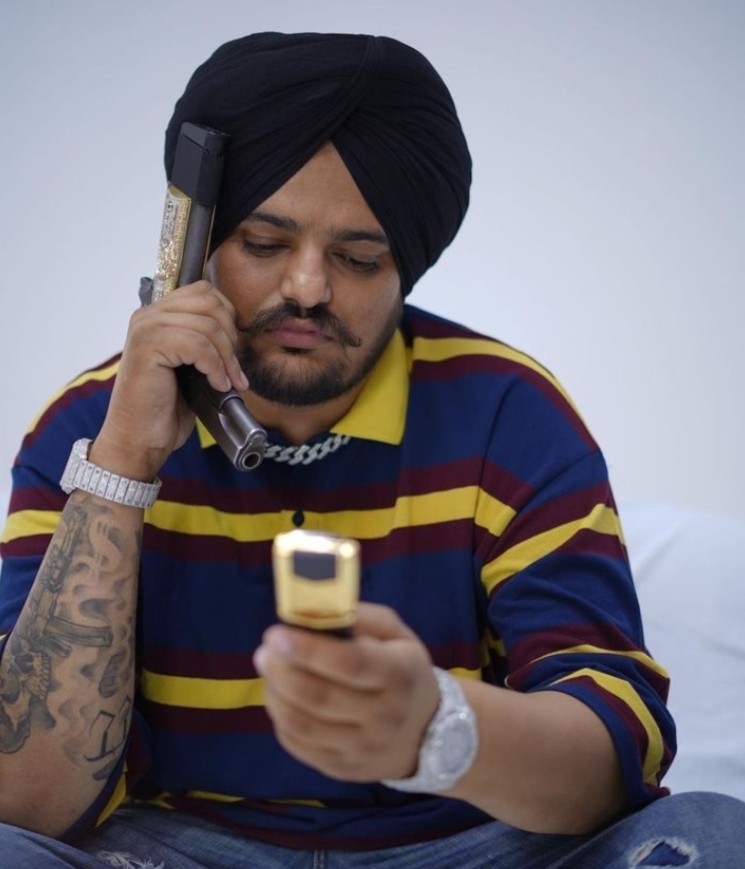 295- Shubhdeep Singh Sidhu (11 June 1993 – 29 May 2022) better known with his stage name Sidhu Moosewala. The man has gone but left his legacy behind, Sidhu was the one who had changed the pop culture through his music and has taken Punjabi Music to the next level getting recognition from all over the world.

His songs like, SO high, Toofaan, Dhakka, etc was listed in Billboard 100 Canadian Albums Chart. Lets have a look on his journey as a Simple guy to an Immortal Singer for Generations.

I have no word to describe what he has given to the Punjab music industry with his music. Started his career as a songwriter but after realizing that he is good enough to make a change in Industry, he released his first song G wagon and after So high, he got the real success.

He is the man behind the recognition of Punjab music sensation all around the world and on the Billboards Canadian Albums chart, UK Singles Chart and Canadian Hot 100 amongst others.He particularly known for his Music lyrics which always says something, Being inspired by the journey of TuPac.

Sidhu has also made a songs which explores the connection between him and Tupac. The Last Ride, Listen to this amazing song with its meaning for better understanding.

Lyrics of The Last Ride.

Aivein Ni Koyi Duniya Ch Aaki Chalda
No one simply moves differently than the rest of the world.

Ho Pichhle Koyi Karma Da Dhani Lagdae
He must have done some good deeds in his previous life,

Ya Pher Meharvaan Ae Khwaja Mithiye
Or god is truly gracious to him.

Ni Ehda Uthuga Jawani Ch Janaja Mithiye
That he will be laid to rest in his youth.

Jatt Wangu Tureyan Te Raah Ni Bane
Those who walked like me, on the other hand, left no trace.

Es Hisaab Naal Koyi Jawan Ni Hunda
because no one becomes famous at such a young age as me.

Manneya Tarakki Lokan Bahut Kitti Hou
I agree that many people must have succeeded,

Takhta Zamane Da Palat Ho Gaya
I have altered the rules of the world.

Par Ohnu Shehar Ch Haraunde Mar Gaye
Many died in the city while competing with him.

Ni Ehda Uthuga Jawani Ch Janaja Mithiye
suggesting that he will be laid to rest young.

Das Khabbi Khan Kithe Sadde Match Da
Is there anyone who can compete with me?

Malwa Doaba Ki Ae Majha Mithiye
Is there anyone from the various parts of Punjab?

Ni Ehda Uthuga Jawani Ch Janaja Mithiye
suggesting that he will be laid to rest young.

Ho Moddeyan De Kaal Jihde Paunda Boliyan
The time is like the devil on his shoulders.

Ant Nu Tarakki Jihdi Vairi Bandi
and their fame becomes the reason for their demise.

Ho Mard Mashookan Wangu Maut ‘deekda
The true man anticipates his death as he would his beloved.

Khaure Kadon Khadkau Darwaja Mithiye
I had no idea when it would come knocking on my door.

Ni Ehda Uthuga Jawani Ch Janaja Mithiye
indicating that he will be laid to rest young.

Lod Ton Zyada Munda Sach Boldae
it’s because he speaks the truth more than he should.

Ant Nu Tu Dekh Tasveeran Vikkiyan
At last, his photographs were sold for a profit.

Ni Ehda Uthuga Jawani Ch Janaja Mithiye
indicating that he will be laid to rest young.

As per the reports, Moosewala has left a massive wealth after him, He had a total Net Worth of 31 crore rupees, including a massive car collection, properties in Punjab and Canada.  He owned a lavish property in Brampton, Canada with 5 bedrooms, an exclusive gym and a swimming pool. He also had a Massive Mansion[Haveli] in his village Moosa which is known to each and everyone of his fans.

He has shared his love for cars as he had a massive collection of it including 3 Range Rovers – one in white and 2 in black which costs around 1.22 crore . He also owned Isuzu D-Max V-Cross Z worth 21 lakhs ,A Hummer H2 which costs around 75 lakhs, A Toyota Fortuner worth 37 lakhs ,a Mahindra Thar[Modified], A Ford Mustang GT. He also had his own modified Tractor.

Mosssewala had a rivalry with Karan Aujla, both were often seen replying to each other through their songs, Live performances and social media’s stories. Their fight began when Sidhu’s Video song “Warning shot” was leaked to Aujla’s management, their rivalry resolved temporarily when Aujla released his diss track ” Lafaafe” however both were criticised for showing violence in songs. Aujla even threatened to Attack siddhu.

Sikh delegation and Akali Dal leaders deemanded a ban on Mossewala’s song Jatti Jeone Morh Wargi in 2019, which was deemed inappropriately for using the name of Mai Bhago, A complaint was filed against Moosewala in Mansa and Bathinda. Moosewala later apologized on social media.

In 2020 he released a song Punjab: My motherland in the support of on going Farmer protest against 2020 Indian agriculture acts which had, speeches made by supporter of Khalistan, Bharpur Singh Balbir in the late 1980s and clips of an orthodox militant Jarnail Singh Bhindranwale. He was seen explaining the meaning of khalistan an interview which is a pure place (पवित्र स्थान ), like it was under the rule of Maharaja Ranjit Singh, where people of all religions lived in harmony.

An unpredicted incident happened on 29th may 2022, when Mossewala got killed when he was driving in his Mahindra Thar to meet his old aunt. Sidhu was shot 19 times in his car, According to media report, He had rivalry with some gangster groups which later on became the reason for his demise.

His father was into Army but after got injured in war, he joined the Police force and left the army profession.

His mother is a sarpanch of his village Moosa

He was very close to his parents, he even released a song for his parents called “Dear Mama” and “Bapu“. 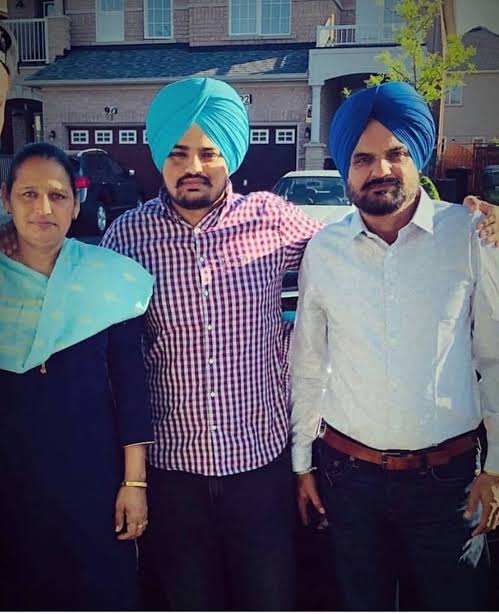 Started his Carrer as a songwriter with Deep Jandu, Elly Mangatand, Karan Aujla

Siddhu was about to release his new single with Bollywood renowned Music Composer Salim Merchant but unfortunately his demise shocked everyone.

He was also known for his brand value as he had not given a single flop song in his career, His song are always situational, He used to show his life through his music.

He had also worked with Steel Banglez and Stefflon Don in a song named 47, which was ranked in the UK singles Charts.

The guardian, A British daily Newspaper named his name in the list of 15 new artists in 2020

His 8 songs were leaked before its release.

He had a huge fan following across the globe even Honey singh was also seen playing his songs on world music day. He had a massive 15 Million followers on Instagram

He was a fan of Satender Sartaj’s writing.

He had his own style, Slapping on his thigh and beckoned to the sky was so famous that many big artist had done the same to give tribute to this legendary singer, one of them is nigerian singer Burna boy.