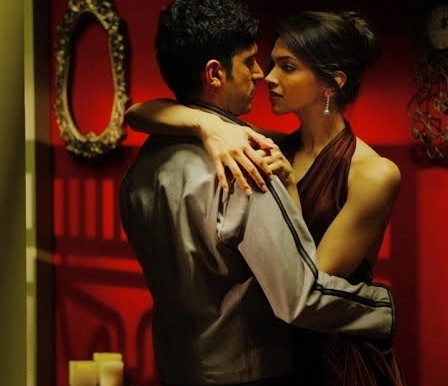 Farhan Akhtar is no doubt an Exceptional Actor who can put on any character. I saw this movie and was so astound by the making of this film. No doubt this movie is literally ahead of its time. Back in 2010, i would have never imagined a movie with such a fine concept can be made for audience. Know why i am saying it is A Must watch Thriller.

The film is about an introvert intelligent boy who always curses himself for not being so good at things and thinks he is alone and has nobody by his side. Then,he discovers his another shade which director has talked about in the movie, Lets have a look on these things below

Director knows how to take audience’s attention towards a concocted story. I like director’s intellectualism towards movie to let audience contemplate and rise opinions on their own but the reality is totally different for a film like Karthik calling karthik. The way editing is done in the movie was satisfied, little little things is taken seriously to polish Karthik’s character, with the help of such fine editors we have witnessed a breathtaking suspense thriller.

Motivation: Know your worth

Director has used one mental problem of a common man to give a message that yes” You can do better just know your worth“. People who loves to be alone should watch this movie . A common man has multiple shades, a common man who don’t know how to deal with “Saying yes” finally gets it straight. Just build yourself, stand up for yourself . There are number of books present that are related to Subconscious and Conscious mind if one can understand and segregate both things you will understand it better.

Importance of an Object in Film.

Farhan Akhtar is been shown as a good Intelligent boy in the movie. He always has his habitual Rubik’s cube. I like the way director has Surmised the importance of an object[Rubik’s cube] in film to express the protagonist’s mood, if it is good or not. Let me take you in details . There are 2 shades of Karthik’s character in the film, So as the cube, one is sorted and other one is unsorted.

He hates himself , wants to change himself and in order to bring out all the newness, he talks to himself and criticizes his older version in a Coherent manner. When everything is good/sorted in his life, the cube is shown sorted and when his life is not sorted , the cube is unsorted. Director has used this Rubik’s cube for better understanding of audience.

Songs are good. It has described the emotions of protagonist in film which was on point. But in the first half, director has used an immense amount of background music to create tension and anxiousness in audience’s mind which i feel somewhere was not really needed, it irritated me a lot, but i accept for the suspense thriller at that time in 2010, it was satisfied . Listen to this beautiful song below and let you lose your emotions.

Farhan Akhtar has performed so well in the movie. His work on his character externally and internally is completely admirable. From his way of talking to his Boss in the office to walking on the streets of Kochi. He prudently discovered the difference between Listening and Hearing in the movie. This is the question which is often asked to acting students that “What is the difference between Listening and Hearing?”. The answer of this question is clearly shown in the movie, So just watch it if you haven’t.

Best scene in the film.

One of my favourite scene in the movie is where Karthik talks to Karthik , this one take shot is excellent in the movie when background is dark and his side profile appears with a green light on his face which increases tension in audience’s mind as karthik expresses everything without having much dialogues. That’s the kind of acting i like the most.